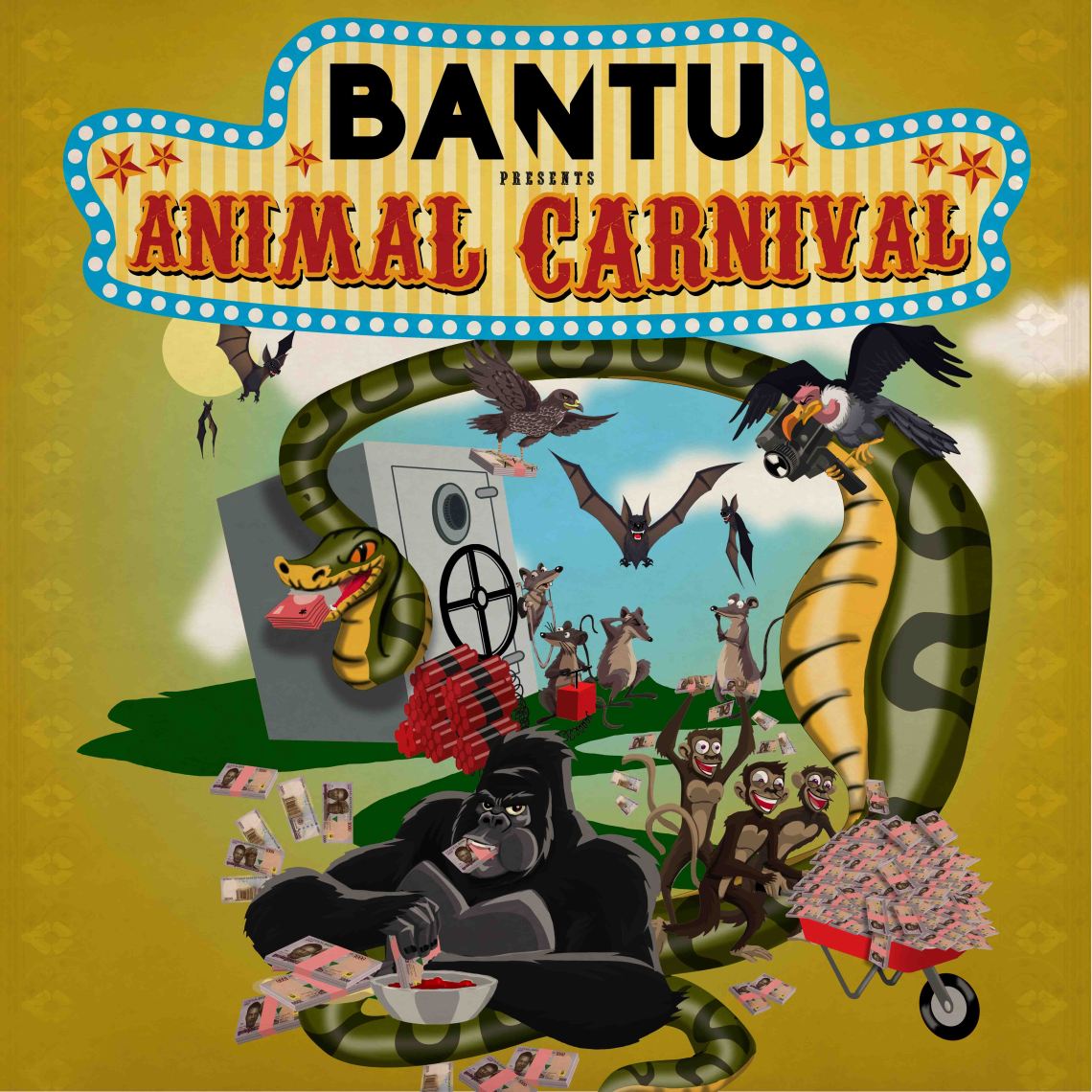 ‘Shocking: Gorilla allegedly swallows N7m in Kano zoo’ (Vanguardngr), ‘Monkey carted away N70 million in senators’ farm house’ (Premiumtimesng), ‘Nigerian snake ate millions of naira, clerk says’ (BBC). These are some of the headlines that Nigerians see themselves confronted with, when office holders try to explain why millions of Naira have vanished. As you can see on the cover above, the Lagos-based Afrobeat BANTU deals with these absurdities in their satirical song ‘Animal Carnival‘. According to a press release, the track was inspired by the following question: ‘How does one make sense of the outlandish and insane realities of Nigeria where corruption and kleptocracy has now reached staggering new heights, with missing funds being attributed to devious acts of the supernatural?’. Processing the politicians’ weird alibi, the track consequently asks for transparency and for office-bearers being held accountable. In the lyrics, they make reference to some of the most popular ‘supernatural’ cases.

“If say na Nollywood we for don clap

If say na comedy we for don laugh

Di only way to the billions na chase out oga”

As in their last released track ‘Disrupt the Programme‘ BANTU (Brotherhood Alliance Navigating Towards Unity) proves again that political commentary is not just a means  to create attention, it is in the DNA of this politically conscience collective. We are eagerly waiting for their LP ‘Everybody Get Agenda‘ due in September.