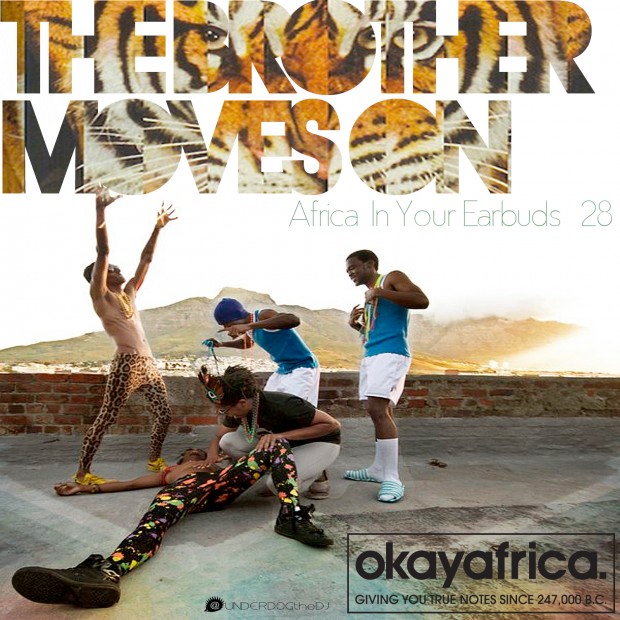 And here is yet another mixtape in the Africa-In-Your-Earbuds-Series by Okayafrica. Tape #28 was mixed by the group The Brother Moves On which is a collective of artists from Johannesburg who present performance art by using costume, music and storytelling as artistic tools (I will present them to you in a separate post soon). Their AIYE-mixtape is filled with many nice gifts:

It starts with an interesting 3D-intro (mixing three different sounds into one) before it quickly adds pace with funky Hip Hop tunes by Me Dough and Tumi and the Volume, just to slow down a bit with a brilliant collabo between Animal Collective and the Kasai-Allstars. Later in the mix you can listen to legends like South African Busi Mhlongo or contemporary artists like Kenyan quartet Just A Band. I love the slow blues/jazz ending with Quincy Jones’ ‘Love and Peace‘.

By jumping between different genres and musical eras it shows coherency in diversity. One of the most brilliant AIYE-series so far. Listen to it hear and don’t forget to download it, it’s free.