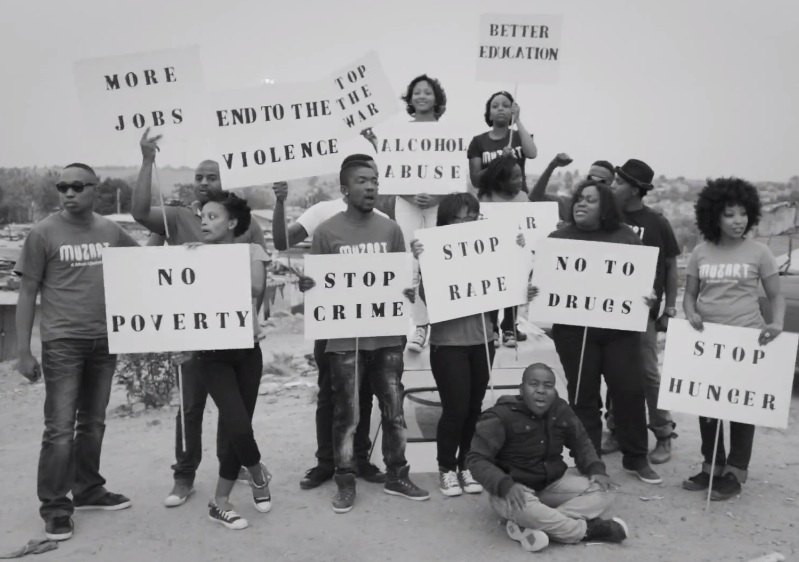 South African newcomer band Muzart released the video for her first hit ‘Jukebox‘ and makes us very curious to listen to their album. The Rhythmic Soul (House) Live Band produce a funcadelic and eclectic sound that sounds very mature considering that they have just released their self-titled debut album. The five band members (Sol Mosetle, Victor Chauke, Rorisang Thandekiso, Jabu Junior Kanyile and Tshegofatso Lehutso) describe their music like this:

“The music contain a lot of soulful sounds, with a touch of jazz, gospel put together with the new age appeal of Hip-Hop funk and house. It is a journey of old school and new school put together.”