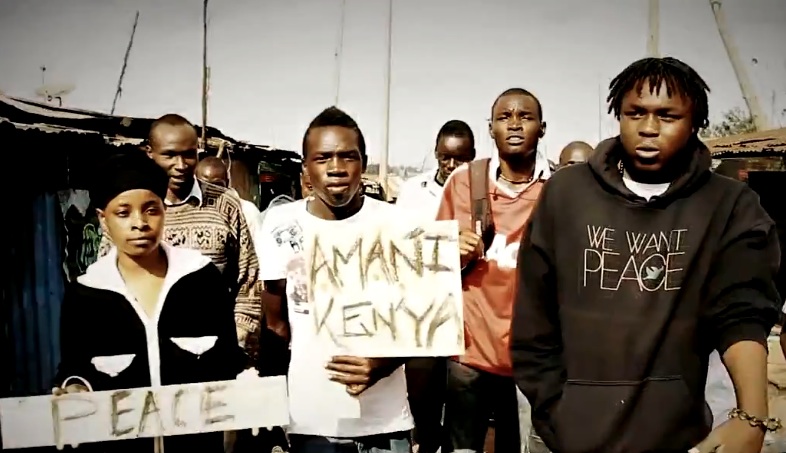 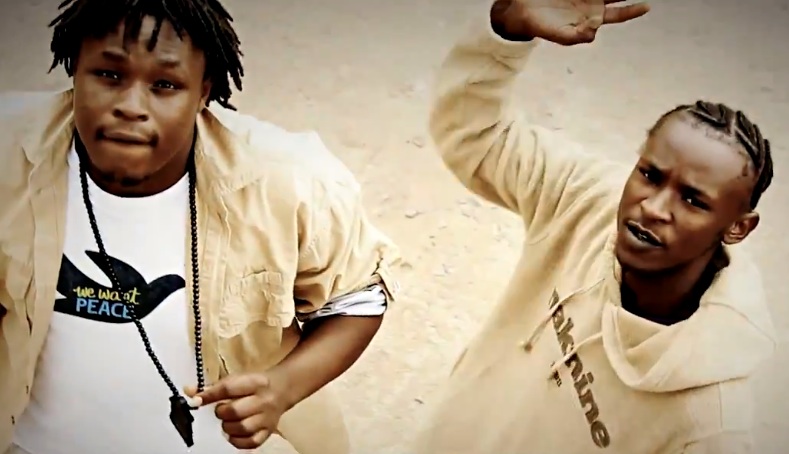 Kenyans are preparing for the National elections that will take place in March. Presidential candidates are trying to mobilize voters since many months and politicians were busy hopping from one party to another. After the widespread violence that followed the last elections in 2007, Kenyan citizens are hoping and praying for peaceful elections. Artists have come out strongly and advocated for a violence-free election period. Two of these artists are Slumdawg and Yabadoo, two rising Hip Hop artists, who are members of Hip Hop conglomerate Y.G.B. (Young, Gifted and Black).

Their video starts with a short flashback of the post-election violence in 2007/08. In the song Slumdawg and Yabadoo communicate strong messages to the Kenyan society: ‘Peace is what we need every time, everywhere. Anything to do with violence, I say NO … no-no-no-no-no. I want peace‘. For Slumdawg, the motivation to produce the song has a lot to do with his own story: “I did Peace Song to urge Kenyans to vote peacefully and to maintain peace there after. I lost both of my parents due to the post-election violence, so I know the pain of losing loved ones to such horrific events.“