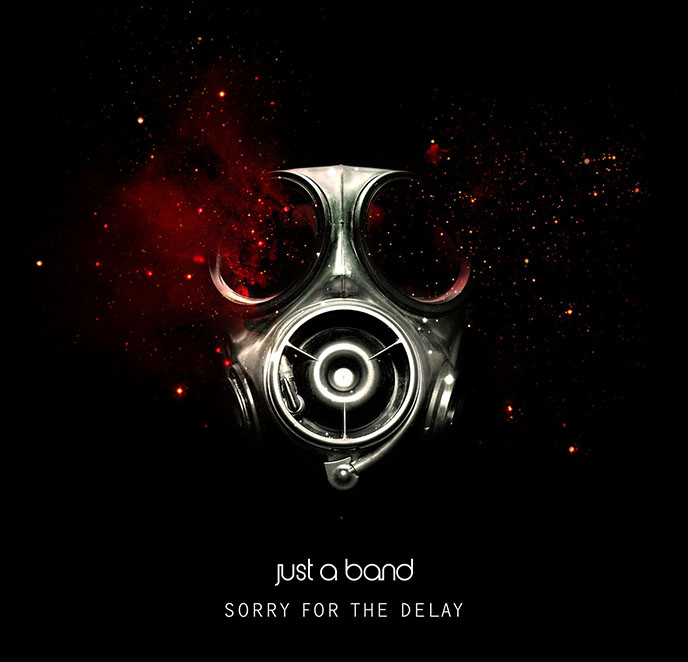 When Just A Band confronted Kenyan media houses with their futuristic music some years ago they were told they were “too far ahead, like five years ahead“. They decided to use the internet to spread their music and videos. That’s how the world was able to listen to the tunes of ‘Scratch To Reveal‘ and ‘82‘ (their previous two albums) and watch the brilliant videos for their songs ‘Usinibore‘, ‘Ha-He‘ or ‘Hey!‘. Before I start philosophing about the impossibility to categorize their music, let’s just agree that one can hear many many influences on the new album (Electro, Funk, Jazz, House, Blues, Soul etc). Just A Band were already invited to perform in Berlin and New York but ‘Sorry For The Delay‘ may pave the way for their final breakthrough and provide them with the international attention they deserve. 4 days after its release the album was already the 5th best selling album on bandcamp.

My personal highlights: ‘Life Of The Party’, ‘Dunia Ina Mambo’, ‘Probably For Lovers’, ‘Doot Doot’, ‘Another Chance’, ‘Bush Baby People’, ‘A While’

As much as the band’s music is rooted in Kenya, the branches of their music reach for stars and distant places. With ‘Sorry For The Delay‘ Just A Band once again produced great music for a global audience. Simply, one of the best albums released this year.

Stream/ buy the album via bandcamp: