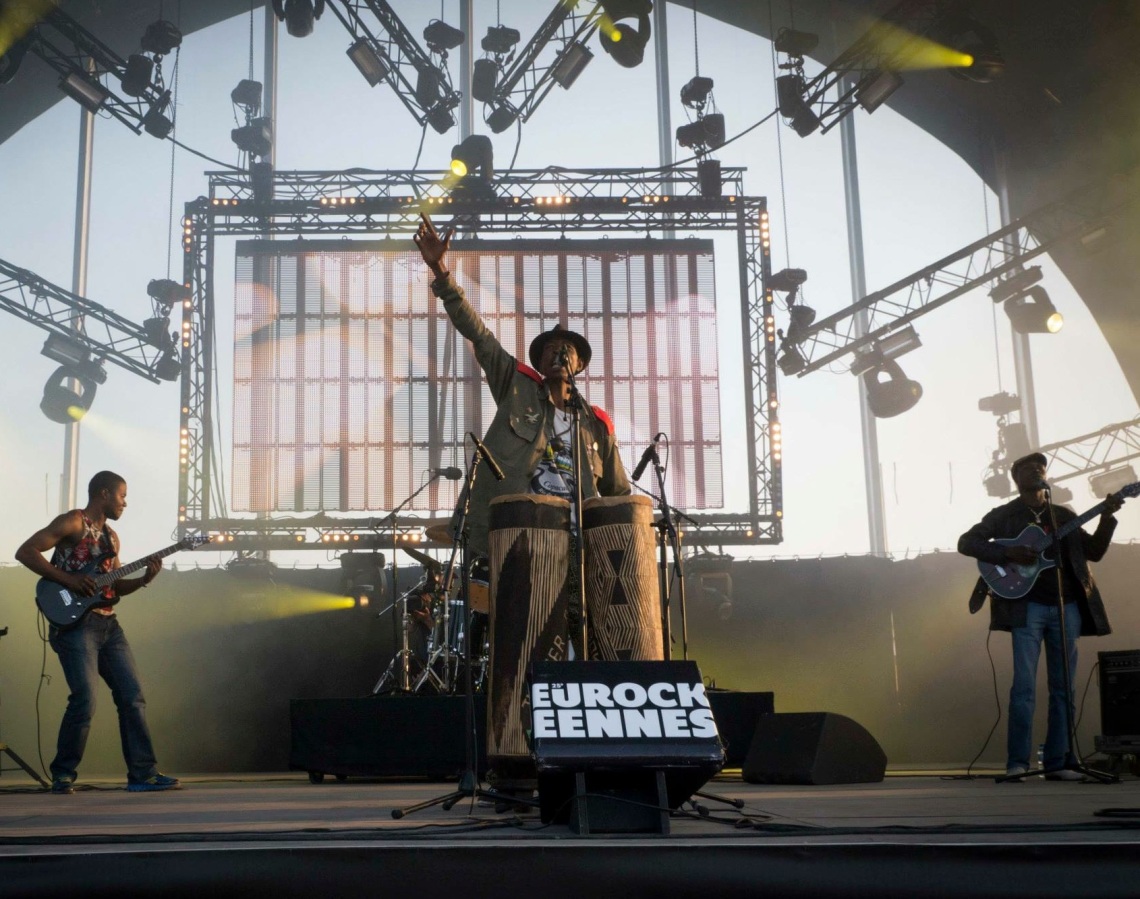 After many years as an active member of the music scene in Kinshasa Jupiter Bokondji has finally started his breakthrough on an international level. Together with his band, Okwess International, he released the album ‘Hotel Divers‘ in May and quickly received very positive feedback for it (Guardian/ Independent/ List). In his first weeks it even reached spot #4 in the World Music Charts Europe!

Jupiter Bokondji’s motivation to sing derives from his desire to create a new sound in the Congolese music scene, combining Afropop, funk and rock elements – a sound he calls Bofenia Rock – but likewise considering the rich musical traditions in the DRC. His lyrics touch many sociopolitical issues through which he intends to sensitive his fellow countrymen. He asks them for example to focus on realising their personal talents and potentials rather than depending on the extraction of mineral resources. Again some of his songs include very strong political statements that criticize the current state of the government in the DRC.

We will definitely get used to see Jupiter Bokondji and his band in the media as the new music stars from the DRC. Listen below to their song ‘Margerita‘ and watch a video of a live version of ‘Margerita‘ on the BBC program Africa Beats.

“At independence in 1960, the country was in good condition, utilities worked. But our parents were unable to pass the independence “test”, they blew it, they were given the chance but they messed up and they created a sacrified generation but I’m not interested in the past. What matters now is to lay the foundations for our children and grandchildren.”